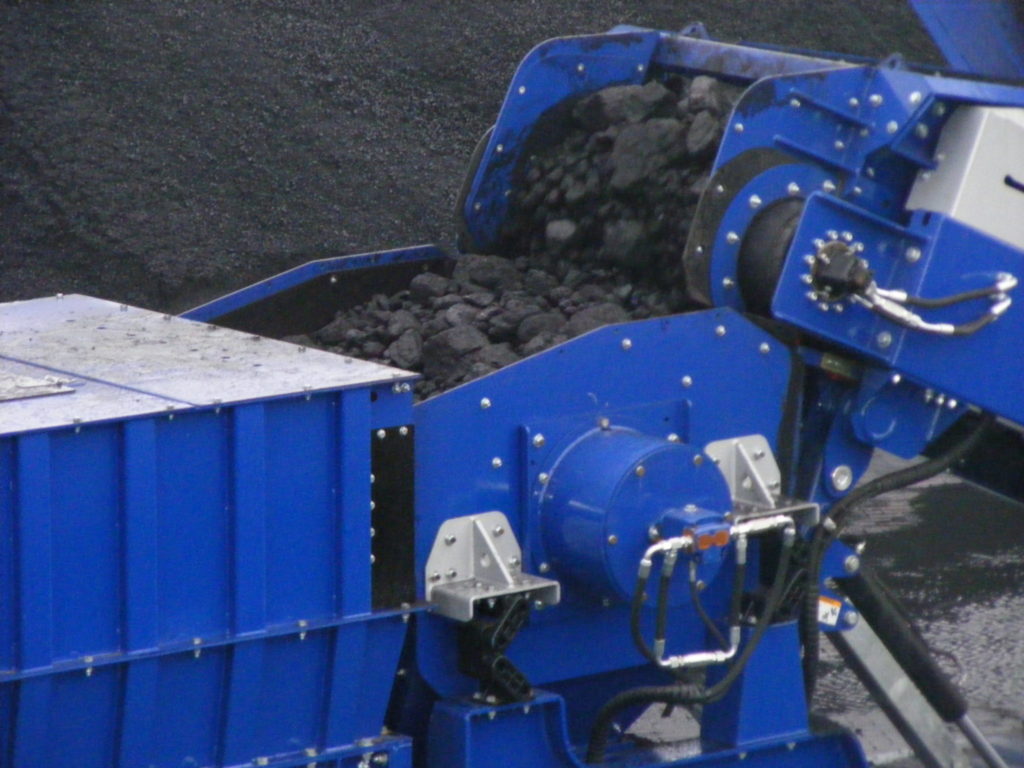 Coal, limestone, sandstone, and concrete; just a few examples of what can be processed with an impact crusher. An impact crusher is a machine that breaks down large chunks of material into 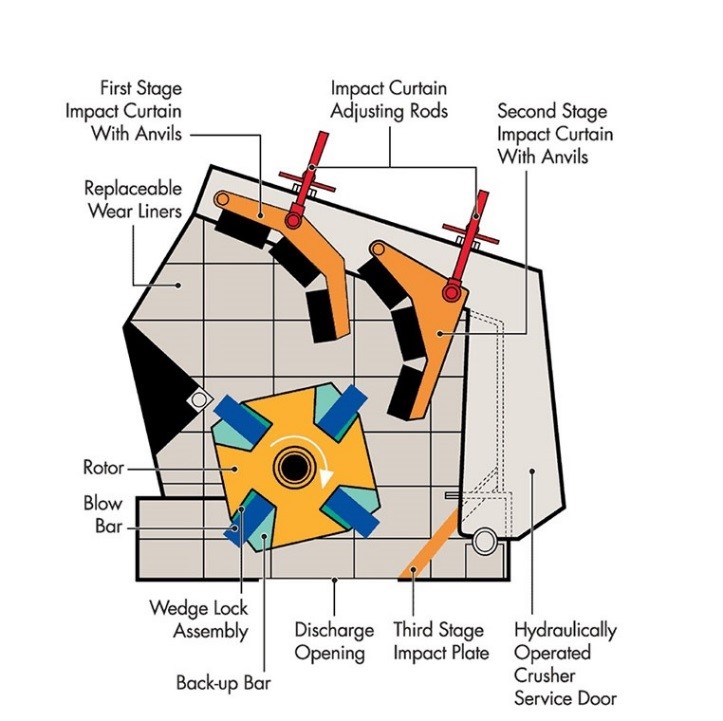 much smaller pieces by striking them. There are two general categories of crushers: impact and pressure crushers. Pressure crushers work by compressing material between two surfaces until it breaks. Impact crushers work by feeding material into a crushing chamber in which a rotor assembly spins. The rotor assembly has blowbars attached to it that strike and break down the incoming material. You can think of the blowbars as hammers attached to a spinning wheel. The blowbars strike the material, causing it to break along its natural weak points. This material is thrown to the outer walls of the crushing chamber from the collision. Then it falls down to the rotor assembly to be crushed again. When the material has been crushed down small enough, it is able to slip past the rotor assembly and move on to further stages of refining.

As one would guess, this process generates debris that can cause abrasion, vibration and other demands that could harm the system. This is where the Bear-Loc® shines. The Bear-Loc® is used to lock down the crusher service door, or lid, of the crushing chamber as material is repeatedly thrown against it during the crushing process. The Bear-Loc®’s power to lock down this system comes from its positive locking capabilities. The sleeve of the Bear-Loc® locks onto the rod via an interference fit. This interference fit will not shake loose or create any backlash when used within its operating limits; perfect for holding down the lid of a crushing chamber. Another benefit of using a Bear-Loc® is that it allows an operator to hydraulically open the chamber with ease. The Bear-Loc® allows movement whenever hydraulic pressure is applied to the sleeve. In other words, Bear-Loc® instantly locks when hydraulic power is removed, and movement can take place when power is applied. This allows the lid to lift for easy maintenance; one of many benefits of an impact crusher. 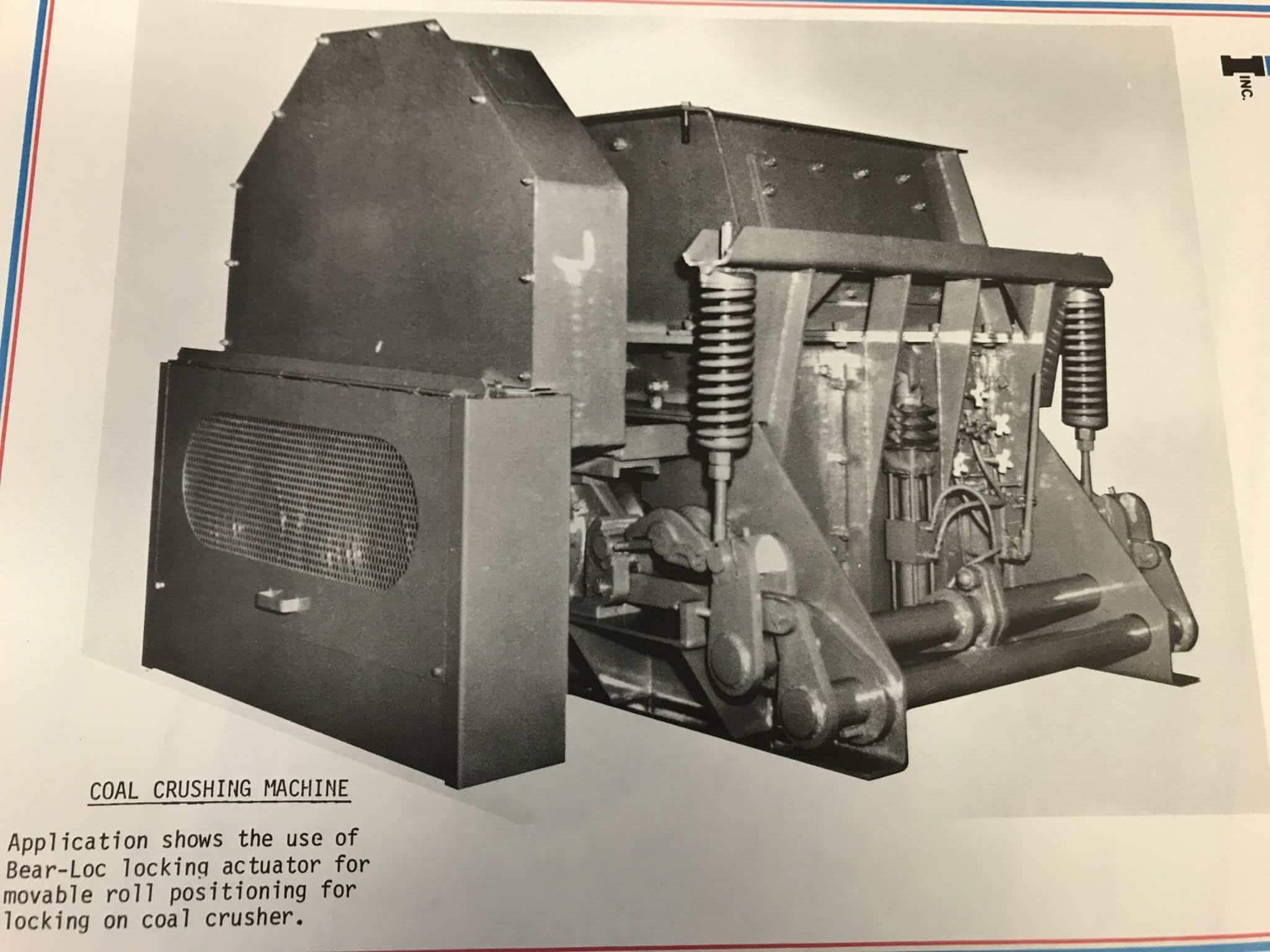 Impact crushers are used in a variety of industries where a high reduction ratio is needed; as well as the ability to create uniformly shaped, cubical particles with no residual stress. In quarries, impact crushers are used to separate material. Softer rock is crushed to a finer extent while harder rock will remain larger. This allows the softer rock to be filtered out. Materials like steel slag and concrete rubble can be processed using an impact crusher to be repurposed later. Steel slag can be crushed down to remove impurities and be reused in steel production, or it can be used for things such as concrete and asphalt. Concrete rubble can be crushed down to be made into gravel.

The Bear-Loc® has been used as a component within impact crushers for several decades. For example, it has been used in coal crushing applications where it needs to withstand extreme vibrations and a corrosive atmosphere. York Precision’s general manager, Dennis Goulden, recalls our first crusher project as being successful, but tough. Dennis was around in 1978 when the Bear-Loc® first broke into the refractory industry. He remembers how the Bear-Loc® worked very well for the application even though it was covered in dirt, grime, and plenty of dents. Despite being used in such a harsh atmosphere, the Bear-Loc® was able to hold up for many years and consistently get the job done.