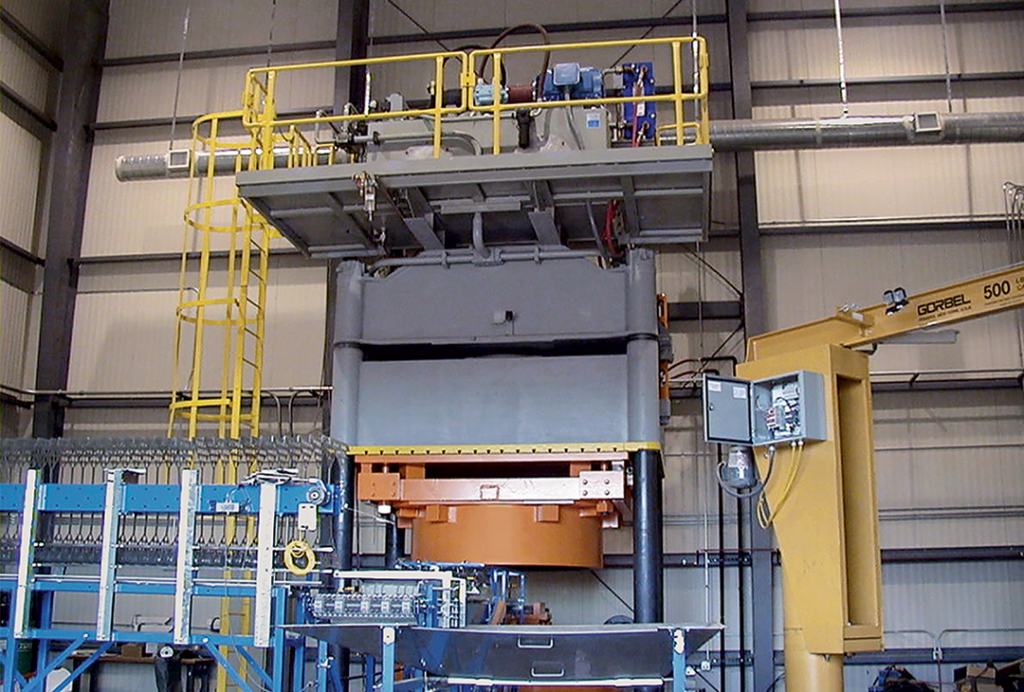 Our customers in the automotive industry depend on the Bear-Loc’s® reliability.

The parts in the vehicles we all drive are made by stamping or forming presses, and also by injection molding machine presses. In order for a part to be good, the mold needs to be held in position with zero movement for a period of time. That’s one role our Bear-Loc® plays. Safety is another.

Tragedy strikes if a press locking device fails because it drops and can crush and kill its operator. 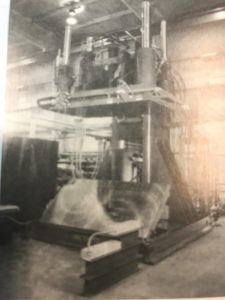 An automotive stamping or forming press is a massive machine in the range of 1,500 tons. If a press brake relies on hydraulic pressure to remain locked, loss of pressure represents a life-threatening danger. Loss of pressure could be caused by a number of factors, such as power failure, part failure, or operator error. So for devices that use pressure to lock, the risks are enormous. Safety issues with this mission-critical manufacturing process can mean costly fines, perhaps even close down operations. The loss of human limb or life? Incalculable.

That can never happen with our patented Bear-Loc®, because it locks when pressure is removed.

Whether pressure is lost on command or by accident, the Bear Loc engages automatically, providing the most reliable, positive, fail-safe locking device available. Workers can safely operate and maintain presses.

Another Bear-Loc® distinctive: infinite position. The rod can be engaged by the lock in any position along its stroke. That’s perfect for many applications. For presses, platen adjustment requires infinite position mechanical locking under heavy load cycling.

One of our automotive customers has five Bear-Locs® placed on each corner and in the center of a press that stamps automotive bumpers, five at a time. The Bear-Locs® hold the platen in place without any movement. No backlash allowed. Backlash is clearance or motion in a mechanism caused by gaps between the parts. It’s sometimes called “lash” or “play.” York Precision’s General Manager Dennis Goulden explains: “A cheap hydraulic cylinder would move and ruin the part.”

If your processes require locking with zero backlash, make sure the system can deliver. The Bear-Loc® features zero backlash. It delivers no-motion reliability in any direction when engaged and operated within its rated capacity.

Bear-Locs® are also hard at work in Detroit, in presses producing bed liners for trucks.

Let’s take a closer look at another type of press whose operation requires the failsafe reliability of the Bear-Loc®: injection presses. 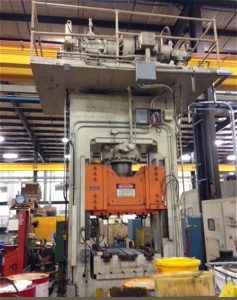 Injection molding machines, also known as injection presses, makes plastic and vinyl products we use daily. Generally consisting of three parts, an injection unit, mold, and a clamping unit, these machines produce parts for a variety of industries such as automotive, packaging, electronics, toys, appliances and medical devices.

Hydraulic clamps are often used, particularly when fast tool changes are required. The clamp injection can be oriented horizontally (HCIMMs) or vertically (VCIMMs) and holds a mold closed so that the injected plastic can be accurately formed. That’s where the Bear-Loc® earns its keep: the vinyl or plastic is injected into the mold and held in place, ensuring a quality part.

A positive locking capability means that the device will not move or shake loose when locked. Our Bear-Loc® has a unique patented design based on the principle of elastic expansion of metal under pressure. Simply put, the unit locks when hydraulic pressure is removed or accidently lost. When used according to manufacturing specifications, the Bear-Loc® has never failed.

In addition to infinite position capability, the Bear-Loc® also has bi-directional locking power. The rod can be engaged by the lock in any position along its stroke, and motion is impossible in ANY direction when the lock is engaged and operated within its rated capacity.

Whenever hydraulic power is involved, think of York Precision Machining and Hydraulics Inc. as your number one source for safe, effective power control. We supply hydraulic cylinders and actuators as well as industrial/piston accumulators. Our patented Bear-Loc® is the industry leader for failsafe locking power, for both new and existing equipment, thanks to its unique positive locking action—it locks when power is removed. It’s highly versatile and efficient for a wide variety of applications. Additional features include: